Minggu minggu terakhir bulan puasa ni, otak  rasa macam slow motion sikit walau tangan  & kaki ligat, mungkin kurang vitamin kot posa posa ni.
Penang was greeted with a heavy downpour starting after maghrib today.
With some time left before I called it a day, felt that I should just share what my sons had for pre-dawn-break (sahur). Oh BTW, they just don't want rice during sahur, so I have to come up with something for them everyday...scramble eggs with baked beans, french toast, jacket potato, sausages etc etc while the mothers (mum & mum-in-law) would settle for rice.
I put these so buddies out there can have some ideas for your kids next time. I do surf images from the net for some food ideas. 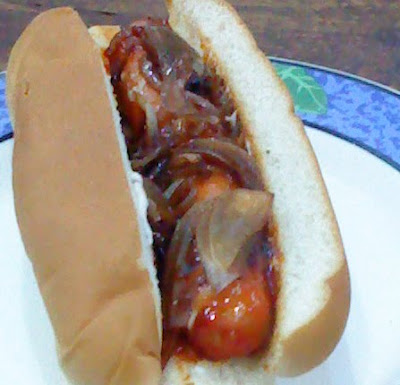 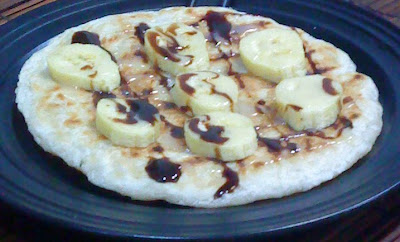 Roti Pratha-pan fried, topped with banana, glaced with condensed milk & chocolate syrup
Ooops, just FYI, my son just came back from some place near City Stadium. He reported that he helped a makcik(not makcikkantin okay!) moved some items as her house was hit by flash flood. What made him so mad; she asked for help (he happened to park the car nearby) and in the end, she did not even thanked him! Well, what do i say? Tak apa lah dapat pahala tolong orang dalam kesusahan....other than that??? People (or rather we) should learn to be more courteous. 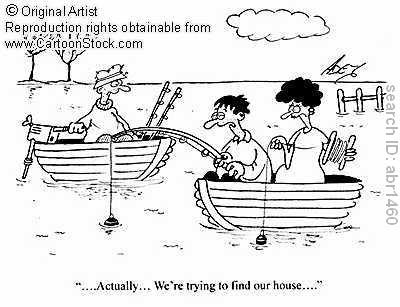 Posted by makcikkantin at 10:47 PM