Minggu ni ialah minggu menerima tetamu...
I had my brothers, sisters and nieces over at home on friday/saturday. As they were about to leave, I received a phone call from a cousin; they were on their way here from Terengganu :))
It was fun having visitors as my home is normally very quiet; having all grown ups & indulged in own activities;pakcik with his camera, makcik with her sewing m/c, son 1 with his camera too, MIL with her non-ending tv programs & son 2 sibuk buat taik mata!
Hehe kalau taik mata boleh jual, harus kaya dah dia.
And finding time to bloghop, I had a pleasant surprise to see my name being mentioned in the house of my 'mentor', i would say.
Dah buat homework, internet pulak buat hal, terpaksalah save dulu......
Thank You MaMaFaMi 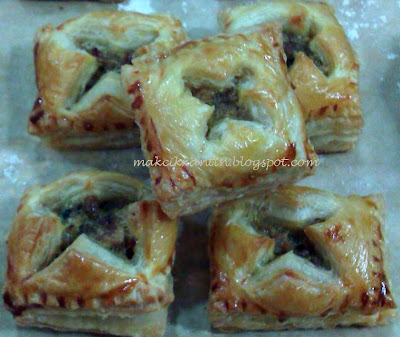 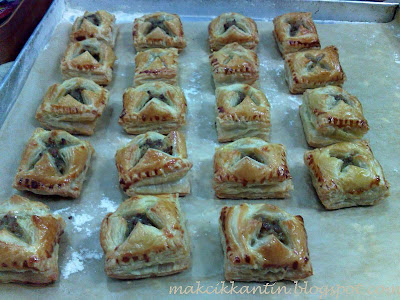 Posted by makcikkantin at 8:38 PM 3 comments: 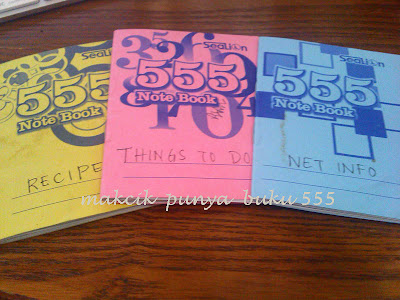 Ko orang ada ?
Among others in my "Things To Do" list that is very long overdue :- Blog housekeeping.
Yes, that is exactly what i need to do and that also means i have to find a day that i can do a 'computhon' . Sounds like python?? :)), alaaah kan sekarang ni perkataan disambung tanpa rujuk dewan bahasa lagi....computhon=computer marathon).
Computhon belum tiba, jadi makcik kena sabar walau rumah dah serupa hutan.
How time flies! I am already two years into blogging, but still look like a newbie and i definitely have to learn more how to & what to.
Eh eh bebel cam mak nenek pulak. Cerita ada cuma semangat penulis serupa kurang.......
The Penang Bridge Marathon.
Big event during the (very early morning) weekend. I did not participate so i don't know how big was the crowd but i knew it rained that morning (hmm, sleep seemed to be a better activity) 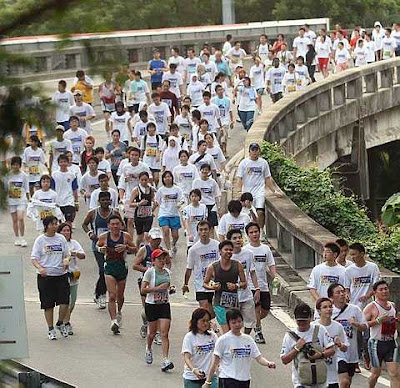 I suppose these were the 'Fun-Runners'
(credit: Mr Google)
Convoy up north
Later when the bridge was opened to traffic, pakcik and myself crossed over to join in the  convoy up north  for one of my nephew's engagement. 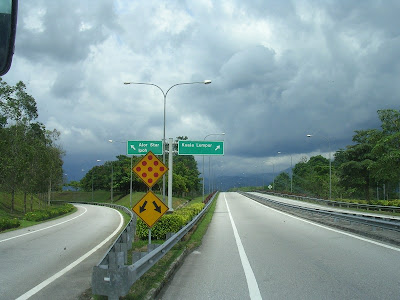 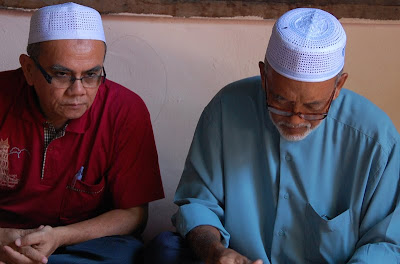 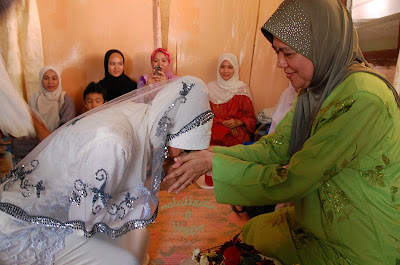 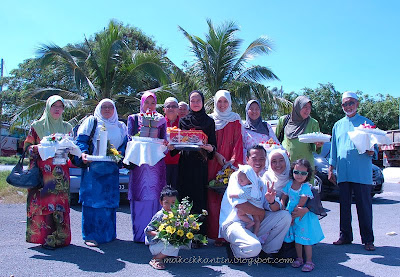 The entourage
We were served rice with local dishes; asam rebus, ikan bakar, air asam, sambal/ulam, paceri....
hmmm sedap. Segan pulak nak snap gambar food...sebenarnya sibuk makan (read: dah lapar )
After the simple ceremony, all five cars headed in different direction.
Pakcik & makcik went around looking for subject for pakcik's lens.....Panas terik, he found a place  but weather not on his side (it was very sunny-too much light katanya). We went under the bridge (takut gak, satgi org mai hendap...kot kot khalwat :-D ), and with nature's limited resources he took few shots. Tak cantik katanya so tak boleh letak image.....tapi, tak mau kalah, nak suruh jugak makcik letak gambar yang dia develop.
After we arrived home, he spent the whole evening  developing images that he took a day earlier. He said he loves this image and that i should display here. If you also like, you can further enjoy his work here. (pakcik, got commission?) 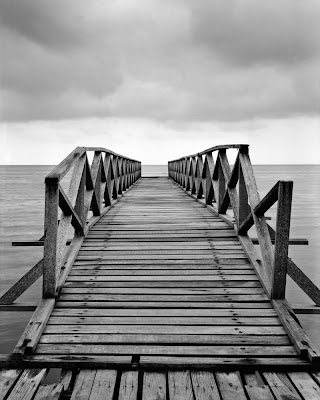 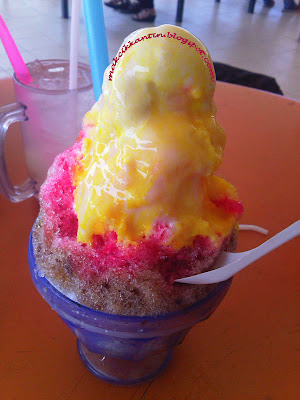 ABC Merapi
Nothing much other than water activity (boating -with a fee) or go round the park; you can either walk or rent a buggy, we chose the latter @ RM 12. 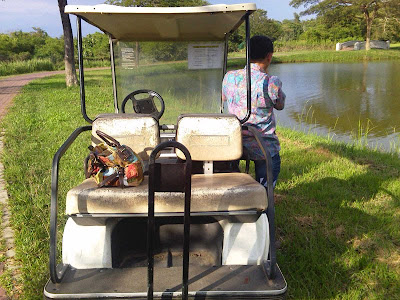 .........your fat!
That is time when you are dormant.
Though surrounded by shopping complexes, I didn't indulge in it.
Instead, I made sure my tummy's well taken care of; heavy breakfast, heavy lunch, snacks in the room, heavy dinner = heavy me! 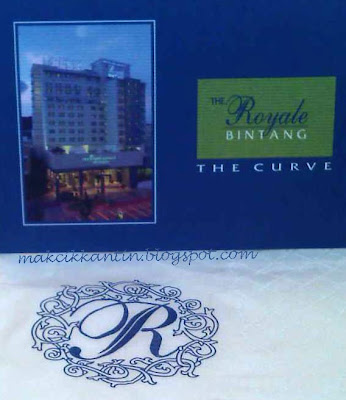 Stayed here over the weekend 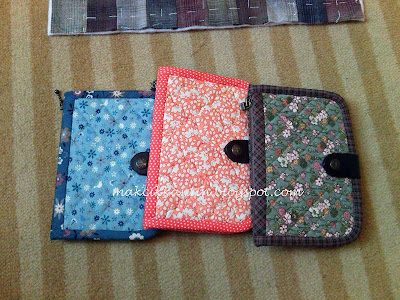 Managed to complete this project.... 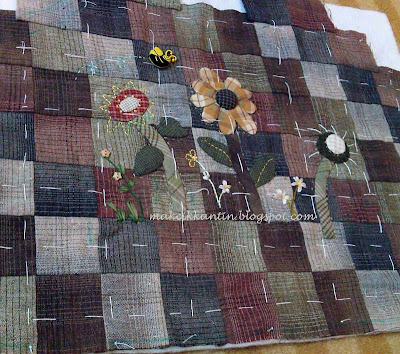 New Project...WIP(work in progress)
Sorry no foodie post, too busy eating to capture any.
- I accompanied pakcik on his work assignment.
- It was actually a relaxation for me as i was busy catering  the last two weeks.
Posted by makcikkantin at 9:05 PM 5 comments: 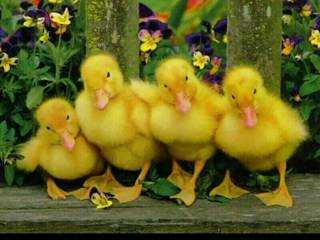 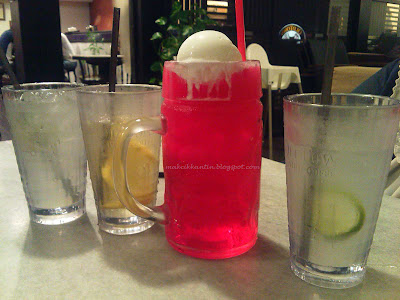 Posted by makcikkantin at 8:12 PM 4 comments: 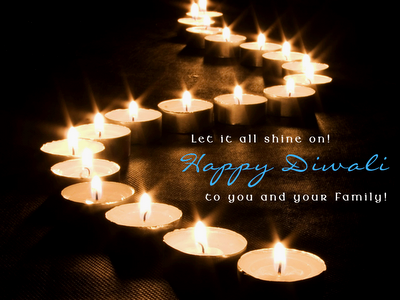 To all who celebrate esp hindu friends and happy holidays to those who is off work today.
Pakcik insists i follow to his morning photo shoot & i obliged but not without him mumbling because i refuse to take my camera along.
Just FYI, he bought me a pocket camera when i refused an SLR(reason being bulky & heavy).
Despite having the pc i still (most of the time) conveniently use my handphone camera, as i carry it everywhere....
And through my HP jugaklah i captured all below....boleh lah enjoy moment walau visual kurang memuaskan.....
Below is my first shot of the day......i felt pity for this aBangLa (atas titi tu..), sitting there alone, looking at the open sea....mungkin dok teringat kampung halaman yang jauh. Tak berani nak pi join dia.....takut tergoda....:-) 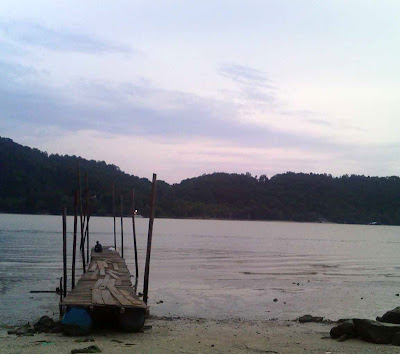 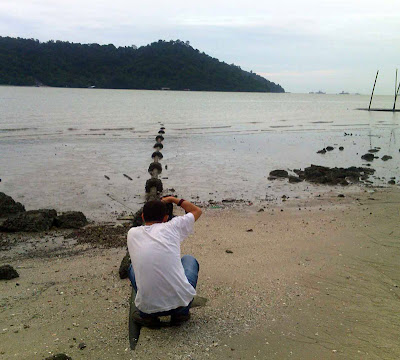 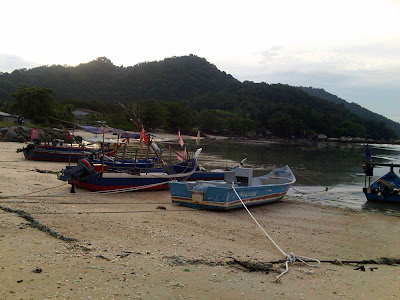 When love blooms.........(direct translation)
Jangan terpengaruh pada tajuk ye.
I am still waiting for ideas to flow 'out' naturally from inside of me, otherwise my entry would look fake and stiff.
I obviously did something interesting these few weeks but I just cannot put them into words that would best express my emotion/feelings.....hmmm (imagine/bayangkan) if i were to be an author; no idea means no writing, no writing means no publication, no publication means no payment and no payment means MISS SORU {:-) this simply translates to no food on the table!}......
Inspired by an image seen in one of my emails, son 2 asked me to help him with the task; 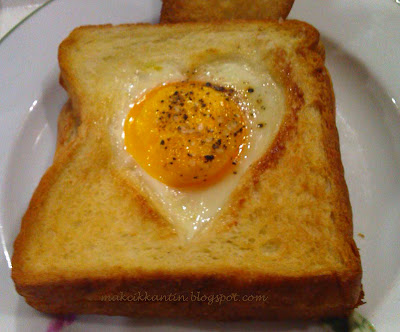 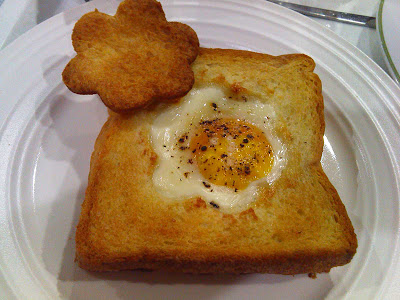 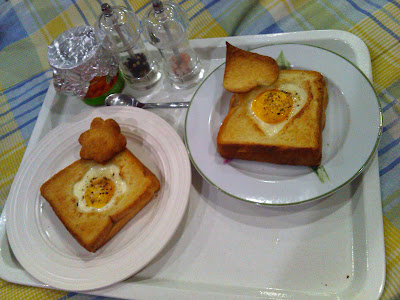 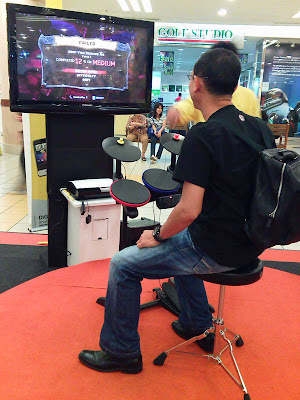 My love checking his skills
on this 'game of the drums' recently at One-U
(tidak ada kena mengena dgn tajuk diatas)
Posted by makcikkantin at 9:24 PM 5 comments: