When my son called to say he's coming home, he also listed his endless 'want-to-eat'.
Pizza was among them. 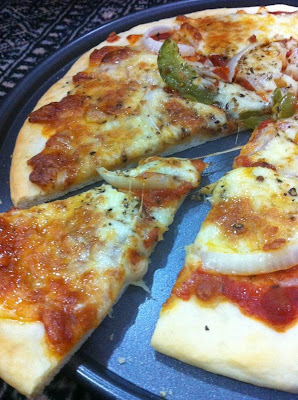 Mix A in mixing bowl. Turn on mixer, add in olive oil.
Pour in half the water, and little by little after that (depend on temp/flour but i used all the water)
Add in salt and continue to knead.
You can tell, you have knead enough when the dough doesn't stick to the sides of bowl and also it is smooth in texture, soft to touch.
Cover bowl with wet towel/cling film and leave to rise for 1 hr, it will double in size 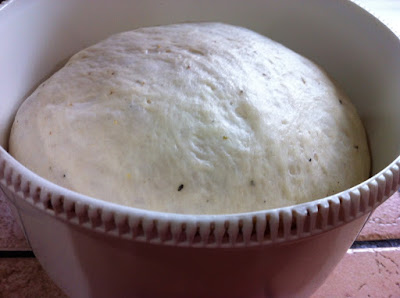 After the hour, punch the dough to remove air.
Divide the dough into 6 portion, flatten using your hand.
Let it rest for abt 30 mins.
Bake @ 170 *C for 10 minutes.(*)
I half bake so i can keep the base. Sometimes, i will put the filling and freeze it for use later. 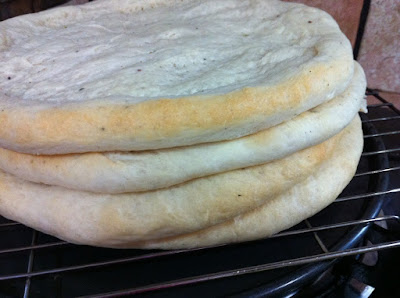 There's also another recipe for pizza base made years ago.
Posted by makcikkantin at 5:30 AM